K-way under the scorching summer sun: why not 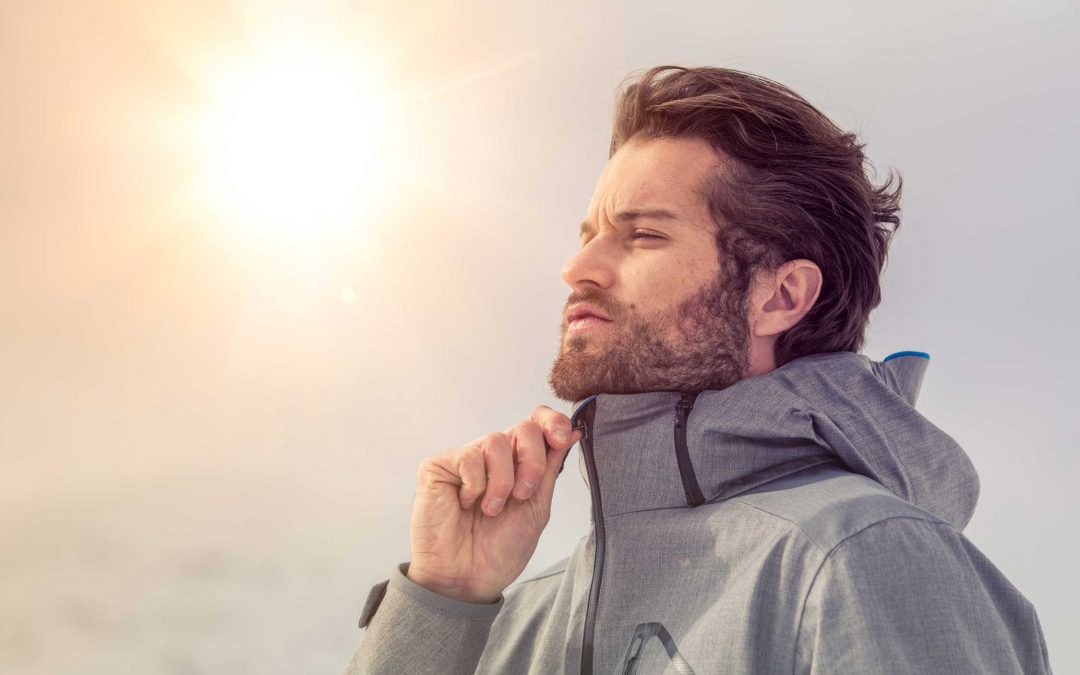 The days have increased the hours of light, the temperatures have begun to rise, we are now at the gates of summer, the most complex season to manage for the runner. The main precautions to take for the runner are to choose shady places to run, avoid the hottest hours of the afternoon, preferring the early morning or evening at sunset, hydrate themselves often and well, have food cautions.

There are many people who, especially in summer, run in the hottest hours and with clothing that is not suited to the season: it is not uncommon to see runners under the 13:00 sun with a k-way, to do their training session.

K-way is a non-breathable, rainproof garment that is dangerous when used in outdoor temperatures as high as in summer.

It is believed that sweating more, you slim more. This false belief drives many to get dressed more in the summer to dispose of more liquids.

Sweat is a body thermoregulation mechanism that does not burn body fat, but precisely regulates its temperature, which must be maintained in a certain range of values (between 36 and 37.2°C approximately).

The k-way is a waterproof garment that used in summer racing does not allow the body to cool and retains heat, predisposing to high risks the runner and heavy leakage of liquids during the race.

That’s why running too much clothes in the summer has no slimming advantage, as you only lose large amounts of liquids, which the body easily replenishes in the following hours through food and drink. This custom, in fact, presents many risks, such as dehydration, losing an enormous amount of mineral salts (factors already difficult to fight dressed properly!) and to predispose the body to a dangerous, as well as useless, stress. Heat stroke is one of the most popular risks in these cases, but the consequences can be worse.

In order to lose weight, it is not necessary to sweat abundantly, but to do regular aerobic activity, lasting more than 40-50 minutes, to be achieved gradually, so as to allow the body to burn carbohydrates and lipids (fats). An activity that can be done at lower temperatures in the evening and even more pleasantly.

In summer, clothing must be breathable and light, and even if this is the case, it will still sweat a lot!